Andy Coulson: 'What would the heroes of WW2 make of President Trump's comments?' 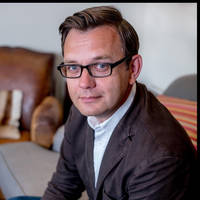 Andy Coulson writes for LBC on his new podcast Crisis What Crisis? And pauses to reflect on Remembrance Sunday.

Three words tapped out on a Presidential iPhone, look set to be the sentence of the year. But as the world wrestles with the extraordinary idea of the leader of the free world demanding “Stop The Count” – three other words should be kept in mind.

At 11am on Sunday, “Lest We Forget” will resonate even more powerfully than usual as we pause from watching events across the Atlantic for a moment’s quiet reflection.

Just what would those heroes of two world wars – American and British – make of the Commander-in-Chief’s actions in the last week? Put more bluntly … is that what they fought and died for?

Not long ago I talked to another politician about the fundamental importance of remembrance and its deep-seated connection to our democracies. Defence Minister and former Commando Johnny Mercer joined me on my podcast Crisis What Crisis? where he spoke frankly about his brutal and heart-breaking experiences in Afghanistan.

Johnny was witness to countless horrors, not least the death of his close friend Mark Chandler – shot and killed instantly at his side.

In our conversation, Johnny laid bare his grief and his battles with the mental stresses caused by combat. But he was unwavering in the justification for the war and the incredibly brave actions of his comrades. Johnny told me that on the battlefield “courage is more contagious than fear” … a sentiment markedly at odds with Donald Trump’s leadership strategy.

Making sure that the importance of the military’s work – and its link to our essential freedoms – is what drove Johnny into politics where he is now tipped as a potential future PM. Whether he succeeds or fails, I suspect his approach to basic democratic rights will better reflect the price so many paid for us to enjoy them.

Crisis What Crisis? Is now live on Global Player and you can listen here.

Man, 34, dies after being mauled to death in Hampshire park as owner arrested

Man, 25, arrested after two women 'raped' with one suffering 'significant injuries' in Manchester

Suspect who tried to breach FBI office dies in stand-off

Woman, 63, dies after being impaled by beach umbrella in US